Results and projections of Pharmintech 2019

The potential of technological innovation and an increasingly international profile have been prominent elements in this sixth edition of Pharmintech just concluded on April 12, 2019. The international event dedicated to the pharmaceutical, nutraceutical, cosmeceutical and biotechnology industries was able to provide an exhaustive panorama of the sector’s cornerstones. The focus on technological innovation is undoubtedly important; cutting-edge instrumentation and machines for the processing and packaging of pharmaceutical products, as well as innovative and interesting solutions in the field of packaging. Important are the technologies for coding and marking, the new proposals in terms of management software and integration of technologies, elements that involve the digitization of the sector and draw attention to fundamental commitments such as serialization and the prospects for a more efficient future with integrated systems.

The aim is to rise to higher levels of performance of the industry in terms of quality, safety and sustainability, exploring in this perspective the new potential for the Life Science industry. 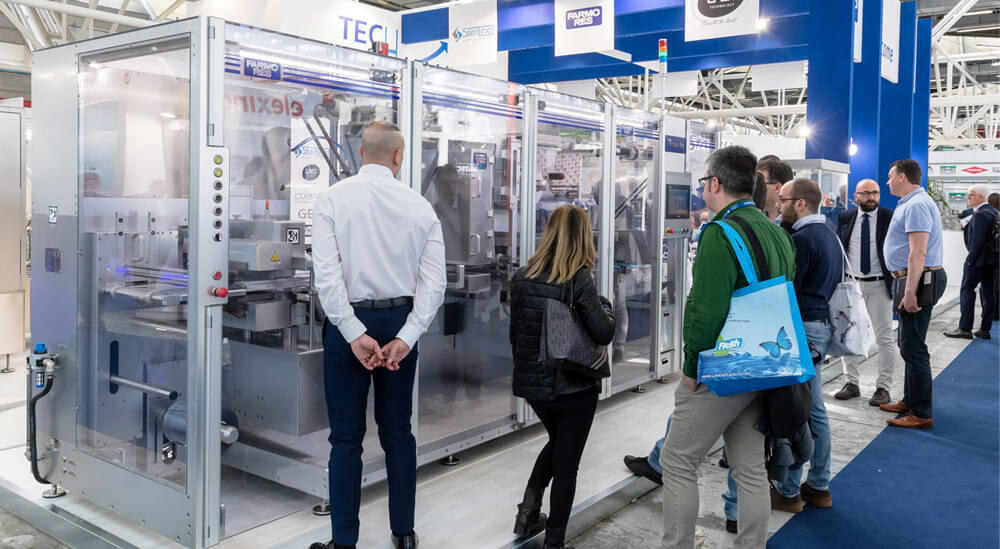 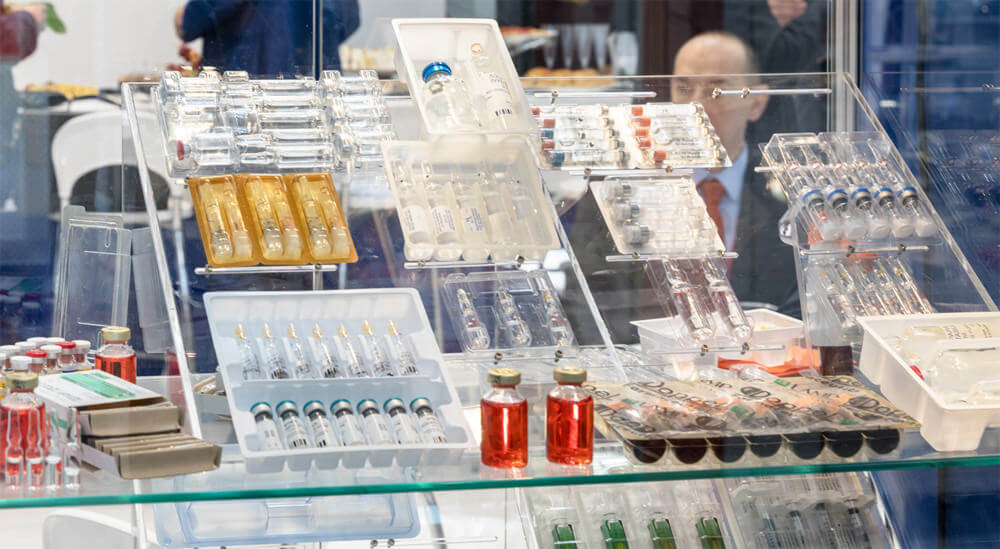 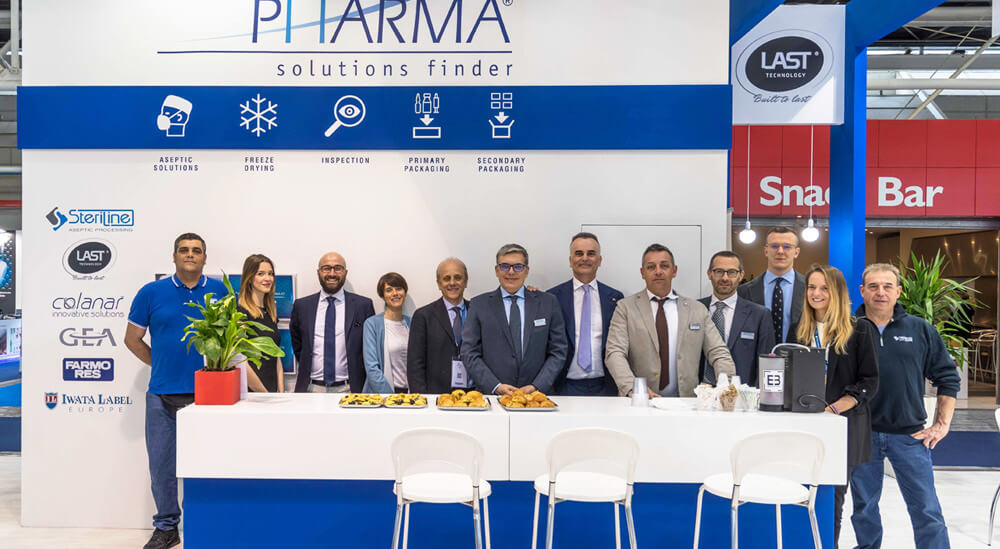 Above, three photos of our Farmores stand: visitors to the stand, a display of products made by the PrimaK7 machine and a part of the Farmores staff at the end of the event.

Exhibitors and visitors: attendance at Pharmintech
Attendance figures were excellent, up 10% on last year’s edition with a significant share of foreign companies, doubling compared to 2016. In figures, the sixth edition of Pharmintech hosted 321 companies, 36% of which came from countries across borders, confirming the international profile of our technologies and our industry sector. Good also the visitors, whose heterogeneous origin shows a progressive growth on foreign markets.

Sector studies and market forecasts: the results of the Pharmintech Monitor conducted by the Pharmintech Exhibition Observatory and developed in collaboration with the UCIMA Study Centre

Need help or informations about packaging machines or production line?